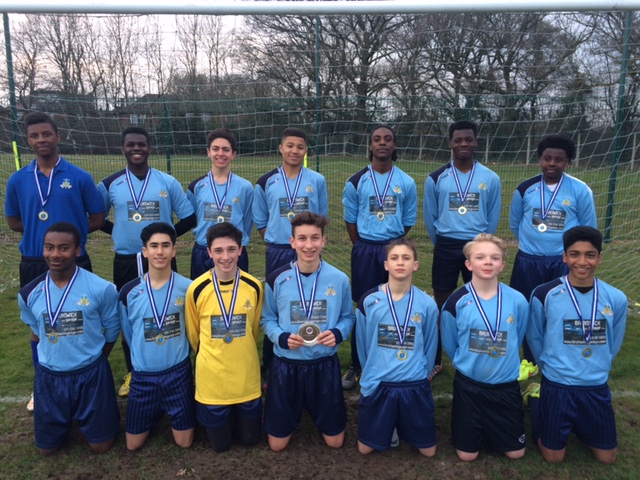 Ashmole were drawn against London Academy in the Plate Cup Final. Ashmole travelled away to London Academy where there was heavy support for the home team.  It was a tight game with many chances going to each side. However, it was Daniel Coker-Ojo's pace and power which were causing problems for London Academy’s defence, resulting in the first goal. Daniel burst through onto a long ball played from midfield and reached the ball before the London Academy goalkeeper, who brought Daniel down in the penalty area.

Daniel Coker-Ojo calmly stepped up and placed the ball into the back of the net. The close game continued into the second half. Unfortunately London Academy replied with a goal with only 10 minutes left. The game looked like it was heading into extra-time when captain Thierry Faucherand scored with a sublime 40 yard strike when only 45 seconds remained on the clock.

A great result and a well-earned victory. Well done to all the boys who contributed to the school team throughout the year.