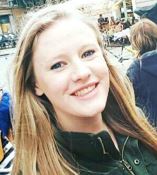 I left Ashmole in 2015 and I am currently in my third year out of four at Cambridge studying Chemical Engineering.  My first two years involved a mixture of practicals and lectures alongside supervisions, which is unique to the Cambridge system, and involves going through calculations and questions in groups of up to three with a supervisor, who is an expert in the field you are studying.  This year I have fewer practicals and more individual study and projects to complete.  I still have a lot of lectures and supervisions throughout the week, however.

I picked up rugby at university and now play for the university’s first team.  I recently had the chance to play in The Varsity Match in early December against Oxford which was played at Twickenham stadium and televised on the BBC.  It was an amazing experience to play at the home of English rugby and even more amazing to win the match!  Cambridge is a college system and so I have played a variety of sports at a lower commitment level for my college – St Catharine’s.

Ashmole was a school that never once let me ‘slip through the cracks’ or blend into the background.  From a young age, I felt like I was considered a priority and helped in any way I needed to achieve my full potential.  Many of my teachers would go above and beyond to help me in any way they could and one or two I am still in contact with today.  Ashmole gave me the confidence and belief that I could achieve the things that I wanted with hard work and determination, which has been key in being successful now that I am at university.

Which Programme/s did you get involved in during 6th Form e.g. MedSoc, Oxbridge? other:

I was a part of the Oxbridge programme during my time in the 6th Form.  This involved weekly meetings where we would be helped with applications and then interview preparations.

The main bit of advice I would give to anyone wishing to apply to Oxbridge is to be yourself during the interview.  The interviewers are mainly looking to get to know the real you.  If you have made it to the interview stage, then you have the right grades and it’s all about getting to know you and seeing if the supervision system is right for you.  Also, it’s ok if it’s not!  The most important part about deciding where to go to university is deciding what is right for you.

The support I was given in the 6th Form through the Oxbridge programme and by various members of staff meant that when my interview did eventually come around, I was prepared (still very nervous!).  However, I had had practice and after the first few minutes, I settled into the interview and knew what I was doing and that I could do it.

Anything else you would like to tell us about yourself.

Over the summer I took part in a lion conservation and breeding programme in Zimbabwe, which allowed me to work hands on with lion cubs every day.  It was amazing to be a part of such a crucial conservation project, which had no connection to my degree, but is another passion of mine.  I would recommend anyone to get involved in some sort of travelling or volunteering during your university summers and make the most of the large amounts of time you get off while you can!

Would you mind coming back to visit us and giving a talk to other 6th Formers to inspire them further?

“Ashmole gave me the confidence and belief to achieve my dreams”.