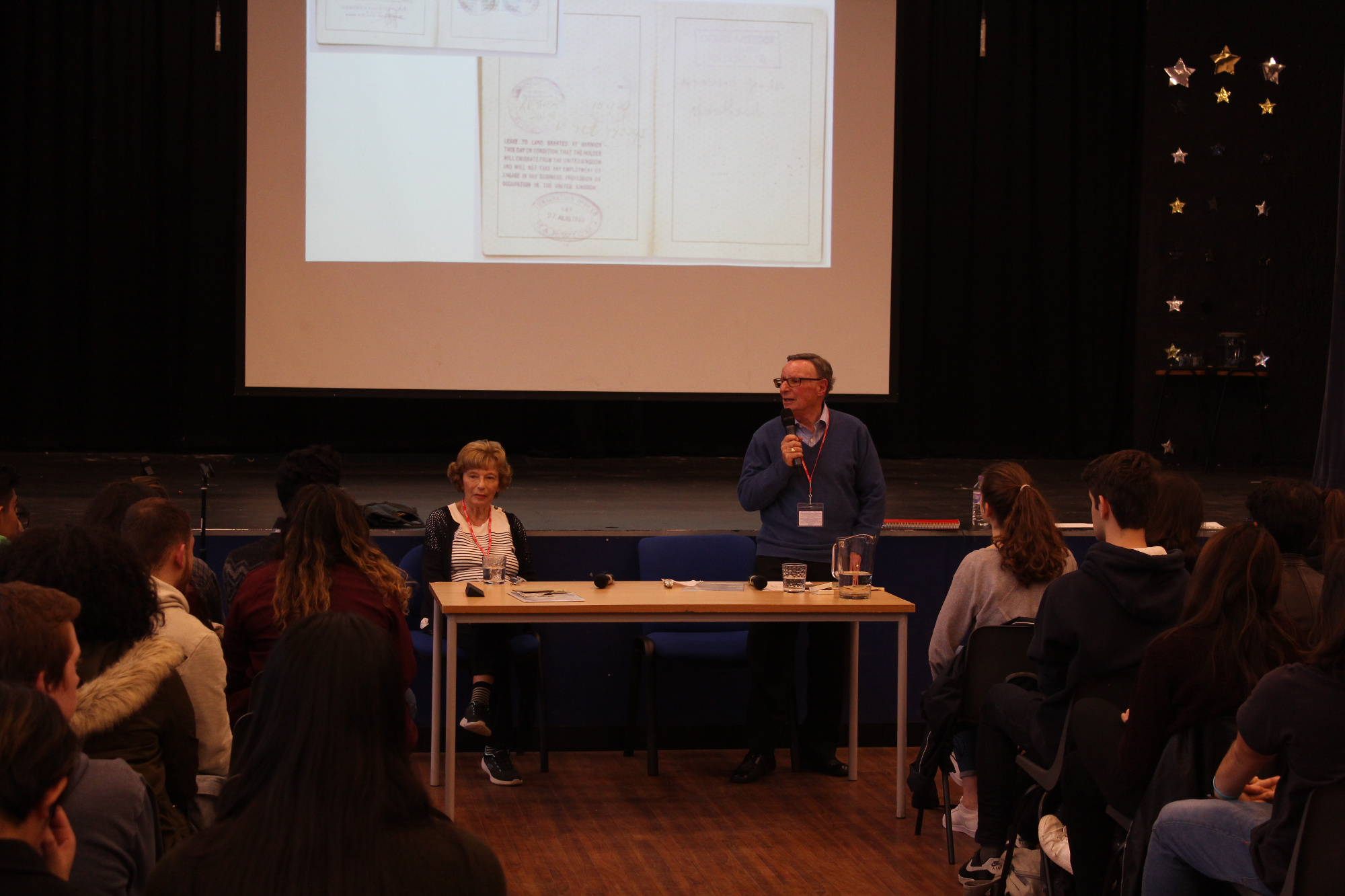 On Wednesday 22nd February, Year 12 and 13 students were given the opportunity to listen to the testimony of two survivors of the Nazi persecution of Europe's Jewish population during the 1930s and into the Second World War. Peter and Marianne Summerfield, are both German born Jews who escaped Nazi Germany in 1939 and came to live in England just as the war broke out. They spoke for over an hour to the students, sharing the memories and experiences of what they and their families went through.