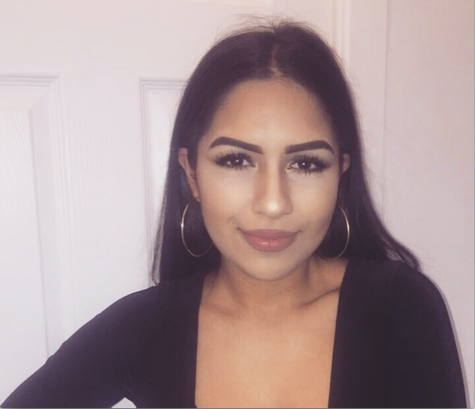 A Levels:  Geography, Graphics and Maths (AS Economics)

What are you doing now?
I am in my second year at the University of Birmingham studying Geology.  My daily routine is comprised of lectures and practical sessions, which are then put into practice at the end of each semester through field trips.  Field trips assist in working towards my dissertation as this is a large part of the course assessment.  My module content focuses largely on structural geology and geology in industry.  I am considering doing a fourth year and going on to do a PhD, focused around igneous petrology.

What did/do you get involved with at university?
The number of societies on offer at the University of Birmingham can initially be quite overwhelming; however, I have become involved in several.  I am an active member of the Lapworth Society, the University of Birmingham Geology Society.  As my course is relatively small, the Society organises social events whilst also promoting geological workshops and guest speakers.  Aside from Geology I am a member of the Hindu Society and have performed as part of an Asian dance team at their flagship event Roshni.  This was great both socially for meeting new people but also enabled me to embrace my culture.

What did you find most valuable about your experiences at Ashmole Academy? What skills did it help you develop?
As I only joined Ashmole for Sixth Form, it was a comparative change to my previous school.  I was overwhelmed by the learning environment, which I found to be incredibly motivational. I was particularly impressed with the UCAS process when it came to university applications.  I received amazing guidance and support, which was crucial when making such large decisions. I found the teaching at Ashmole tailored to individual needs, especially Maths which was a subject in which I previously struggled to feel I excelled.  This boosted my confidence massively and played a large part in me achieving my goals and getting to the position I am in now, both academically and socially.

Which Programme/s did you get involved in during 6th Form?
During my second year of Sixth Form, I completed an EPQ based around the volcanism in Iceland.  This focused on a topic that I intended to further study at university.  It enabled me to learn key skills like Harvard referencing, time management and project planning all of which I have used lots at university.

What top tips would you give to other students wishing to follow a similar career to yours?
For anyone wanting to undertake a career in Earth Sciences, I would advise doing your research first.  Although a university degree is not essential, I think it is very useful for this type of subject, as it will teach you a lot more than can be covered in school.  I would also advise looking into specific module content at different universities to find a course that is most tailored to your interests.  Although a Geology degree may have the same title at different universities, the content can vary.  I would also say be prepared to spend a lot of time in the field!  This is a crucial part of the subject and although at times it can involve being out in the cold for long hours, it is also one of the best ways of learning and can be very rewarding.

How did Ashmole help you reach your goals?
Ashmole provided me with the platform to achieve my goals through its dedicated staff.  I found the staff to be motivating and inspiring, which made it a very positive place to learn.  This environment was great for boosting my work ethic, along with other students that had a positive effect on my achievements.  I found I was always able to ask for help in terms of academics but also pastoral care, as staff were always willing to support.  It was also incredibly encouraging being rewarded for your efforts by staff by way of postcards home and prize giving. I found that the Sixth Form really helped to set me up for university, as staff treated students as adults and gave us enough freedom to excel.

Anything else you would like to tell us about yourself?
Since joining university, I have discovered a new hobby in going to the gym and weight training. This is something I am incredibly passionate about and provides me with some relief from university work.  I train 5-6 times a week, which keeps me mentally and physically stimulated.  It has also given me a new sense of strength and mind set which can be applied to everything I do, especially when trying to overcome challenges in life.

Please write a quote that sums up your experience at Ashmole.
“Ashmole showed me that being surrounded by motivated people can influence your achievements more than you think”.