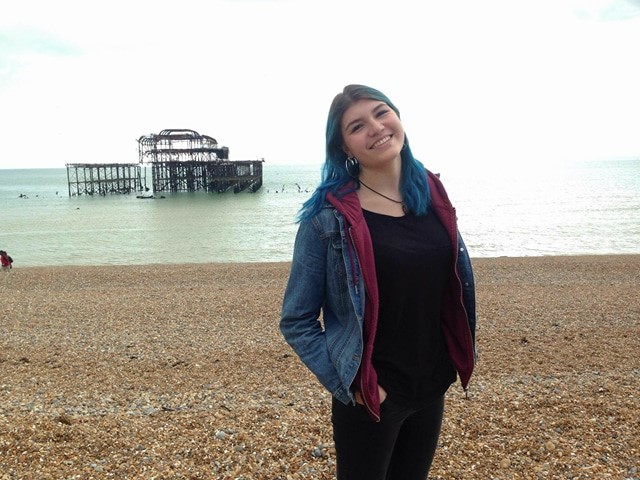 I am currently in the second year of my degree at the University of East Anglia, both studying literature and learning to write my own.  There is a significant emphasis on self-taught development. This has adjusted my approach to learning as the lectures and seminars that make up the syllabus will only provide an outline, that we are expected to fill in our own time. Whilst this was initially a shock to the system, the course is brilliant for highlighting particular aspects and areas that peak my interest.  The areas which I love to dedicate additional time to have directed my module choices to focus on poetry and symbolism in literature.

The most important goal I had upon entering university was to get involved with a broad range of extra-curricular societies.  Basketball is a weekly source of entertainment, especially on the odd chance that I score, but Creative Writing Society and Egg Box Publishing Society take up much of my time.  As the Social Secretary for Publishing, I have met some amazing people and helped to spread their work across the university.  It has also given me the opportunity to develop my own collection of poetry that will be published as a zene in 2018.  Almost immediately after starting at UEA, the voice and control afforded to students over their own union and time in the establishment became clear.  In my second year, I became a part of this voice on the council as the Women’s rep for the LGBT+ liberation, one of the many groups at UEA that works to ensure everyone’s voice is heard.  It has been so interesting to gain insight into the scaffolding of the union and the collaboration of students and staff, especially the ability to provide opportunities for new students who may not have had access to such support before.

Ashmole helped me to grow more confident in expressing my opinions.  The clear emphasis on academic development meant the staff were always willing to provide out of class support, especially in my A levels. I became more organised and punctual, but perhaps the most important skill I believe Ashmole helped me develop is a willingness to ask questions, both to clarify meaning and further my knowledge of anything I find worth exploring in more detail.

Which Programme/s did you get involved in during 6th Form?

I was involved in the buddy system during 6th Form where I met once a week with GCSE Mathematics students to tutor them.  They were of mixed ability, either trying to attain a C grade or push from an A to A*.  I also became the buddy of a young Year 8 boy who was struggling with social confidence.  My role was very simple but rewarding because he felt he could talk more openly with me about anything that interested him, as well as bothered him and express himself.

Get involved in a broad range of creative genres, whether it be poetry, short story competitions, newspapers, art or music lyrics.  The most important thing I’ve found is the need to develop an individual style and voice that can only be established through practice and testing out types of writing that might not work so well.

For a few years, there was a creative writing club at Ashmole during the lunch break, which encouraged me to practise writing for competitions.  It also meant that I had time dedicated to focusing on something outside of the curriculum in a friendly environment.  My main goal at Ashmole, aside from writing, was to get into the best university for me.  Without a doubt the school supported me, both in achieving the grades and picking the university that best suited me as an individual, rather than simply aiming for high league table status universities.  If not for Ashmole I may not have got into UEA and I am entirely grateful for their support.

“The staff at Ashmole helped me strive for success and never failed to match my passion for their subjects.”