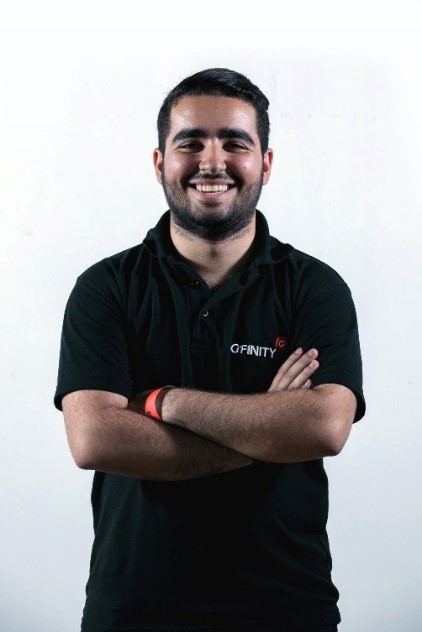 After leaving Ashmole I was offered a Job as the League Operations Event Manager at Gfinity PLC, an Esports event company that I had been working for from the age of 15.  In my year working full time in Esports, I have travelled and operated events for the likes of Microsoft, Activision, EA and 343 Industries around the world from Mexico City, New York, Shanghai, Paris, Abu Dhabi, Los Angeles, Las Vegas and many more.  Following a path in Esports has allowed me to work with the likes of influencers such as Nadeshot, Ali-A, the OpTic Gaming team and also work with people in the music industry such as The Chainsmokers.

As a teen being completely obsessed with an industry that hardly existed (at the time), Ashmole allowed me to take what I was learning from Business Studies, Media and even people skills from Drama and apply them to my regular life working for Gfinity.  This could be speaking to clients such as Microsoft or delivering a player briefing at an event. It is not only the academic reports that make Ashmole such a good school, but the staff and teachers too.  Having people who were so interested in what I was doing outside of school and helping to support me doing that alongside my studies, was a dream and I wouldn’t be where I am now if it wasn’t for my teachers.

Which Programme/s did you get involved in during 6th Form:

The school production was an extremely big part of my school life; I remember to this day being extremely excited about being able to take part in it every year.  Working behind the scenes on the show for four years running links very well into my current role now, liaising with stage and floor managers during our weekly shows and the running of our events. It is only after taking part in these activities that I have fully understood how it has shaped me and taught me so many life skills that I apply to my daily life at work.

Esports is an extremely young industry with endless opportunities.  From big companies getting involved such as Pepsi, Sky Sports, Daily Mail, BT and many more, there are so many opportunities in different roles.  A company such as mine has departments ranging from HR to Events, Live Production, League Operations and Finance.

Esports is evolving and slowly being recognised as a mainstream sport.  An example of this can be seen in F1, who have just launched their official Esports programme in partnership with Gfinity, attracting only 50,000 less viewers than the actual Grand Prix at the finals in Abu Dhabi.

I started doing voluntary refereeing work at Gfinity that slowly turned into being paid freelancer rates and then a full time job.  Once you get yourself in the industry and start networking with others, you can line yourself up for great success.

Ashmole not only recognised my achievements and work outside of school but also encouraged it, which was the most rewarding feeling.  In a time where you are unsure about your path in life and career opportunities, having people who were so supportive and understanding of circumstances and not pushing you to follow the norm is amazing.  I will forever be thankful to the teachers at Ashmole that showed me guidance and gave me advice when I needed it most!

Anything else you would like to tell us about yourself.

I have recently been promoted and will be heading up the League Operations team for Gfinity Australia as we launch our ‘Premier League‘of Esports, The Gfinity Elite Series.  I’ll be moving to Sydney in February.

“Without the support and life skills that Ashmole and its staff have taught me over the years, I wouldn’t be able to have what I describe as my dream job at 19”