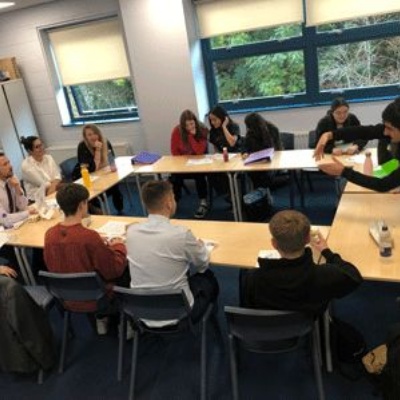 Stewart Stafford once said, “Arguing is the Olympics of talking”.  If this is true then the Ashmole History Club must have won at least 15 Gold medals.  As you can see, in the picture above, the first History Club meeting had a fiery debate on the consequences, overall impact of the Treaty of Versailles and weather it was harsh enough on Germany.  Many intense arguments were made that day in HU6, along with many different perspectives being thrown around as if it was football.  Overall, everyone who left the meeting left knowing more than before as well as learning the different points of view that could have been interpreted from the infamous Treaty of Versailles.