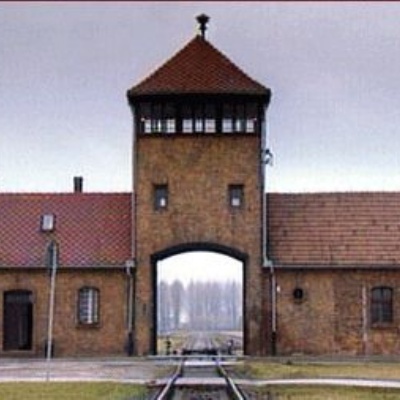 We left from Stansted airport at approximately 5.00am and landed at Krakow in Poland at 8.00am.  From there, we took the coach to the local town to Auschwitz known as Oswiecim and the Rabbi who was accompanying us took us to a patch of grass in the town where a synagogue had been burned down before the war.  He explained its significance and the impact on the Jewish community in the town.  We then left to go to Auschwitz Monowitz, and when we arrived, a local guide who took us around the buildings that had been turned into a museum, took us on a tour.  It exhibited the pictures of victims of the Holocaust and the possessions that were taken from the communities who arrived at the gates of the camp, including thousands of shoes, suitcases and two tonnes of hair.

Upon our arrival to the Auschwitz camps, I felt immediate unease.  The camps attempts to normalise their actions of torture was horrific; from the slogan, “work sets you free” being displayed on the entrance, to one of the Nazi guard’s family house being situated next door to the camp.  On the tour, we walked through rooms filled with personal belongings from Holocaust victims.  The sight of suitcases with addresses written on them was devastating considering some people were told they would return home afterwards.  At Auschwitz-Birkenau we saw the rubble of a blown up gas chamber, which was immensely angering to see due to the lack of guilt and responsibility taken from the Nazis, instead they tried to destroy evidence of their maltreatment.  The rubble is a reminder that decades later, there is still injustice faced by victims.  Even though the public will never fully understand the pain they faced, Auschwitz is a reminder that it is our duty to keep memory of the Holocaust alive.

After the tour, we took a moment to remember those who lost their lives in a ceremony led by the Rabbi, and we lit candles as a memorial.